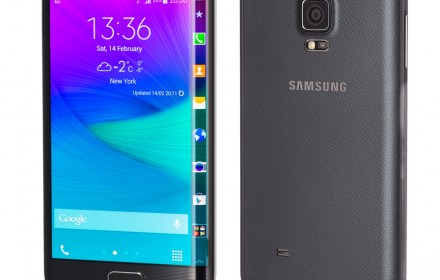 Samsung Galaxy note 5 was launched and released in August 2015. It weighs around 171 g with dimensions of 153.2 mm x 76.1 mm x 7.6 mm and comes in four colors of white pearl, silver Titan, Gold platinum and Black sapphire.

This phone is going to feature GSM / HSPA / LTE network technology. It has a finger print sensor and comes with a stylus signature-pen.

In terms of display, its Super AMOLED capacitive touchscreen features 16M colors. The screen size is about 5.7 inches. The screen resolution is 1440 x 2560 pixels with the multi-touch function enabling you to take clear photos. .For screen protection, Corning Gorilla Glass 4 technology has been used.Its operating system is Android OS, v5.1.1 (Lollipop) while it. It has a chipset of Exynos 7420. The phone operates on duo core of Quad-core 1.5 GHz Cortex-A53 and Quad-core 2.1 GHz Cortex-A57.

The phone is designed with a 16 MP, 5312 x 2988 pixels camera. The camera has LED flash, autofocus and optical image stabilization features. Also included in the camera feature are the face/smile detection technology.

Samsung galaxy note5 come with Bluetooth, GPS and WLAN enabled features. Common Wi-Fi features are the Wi-Fi direct and Wi-Fi hotspot. It comes with an internal memory of 32GB or 64 GB and RAM of 4 GB but it lacks memory card slot.

Its messaging features include SMS with a thread view, push mail, Email, MMS and IM. It has a loud speaker and a 3.5mm jack. It comes with earphones.